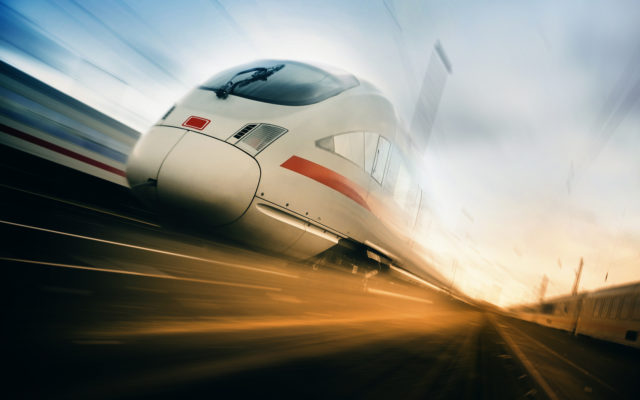 All’s well that end’s well. The US stock market seemed to have followed the message in spirit as it started the week and ended the month today on a ‘green note’. And speaking of green, greenback, the US dollar hit its highest level since 2017. Bitcoin 00 markets haven’t stayed behind either as BTC rose 4% in the last 24 hours.

‘Monday Green’ Not ‘Monday Blues’ For US Dollar, Stock Markets

As reported by the Financial Times, the greenback rose 0.4 percent to 99.46 on the dollar index on Monday. This is supposedly its highest climb since 2017 May. Along with this, the US dollar is well on its way to record a solid quarter performance since Q2 2018.

The same narrative played out in US stock markets too, as the S&P 500, Nasdaq Composite, gained 0.3 percent and 0.4 percent respectively, on the last day of the trading month. Both prominent market indices ended up registering monthly gains of 1.6 percent and 0.1 percent respectively. It seems, renewed fears of an escalation in the US-China trade war didn’t deter the confidence of traders at all.

For Fundstrat co-founder Thomas Lee the BTC and US stock markets are pretty much correlated. On September 25, Bitcoinist covered his stance on the falling Bitcoin price, as he sought to quell fears of an another upcoming bear market.

“It’s overbought and needs to see weaker sentiment. Our (Bitcoin Misery Index) has been saying this since July… and it’s stuck time until S&P 500 ends this ‘trendless macro’ period,” Lee summarized.

“The downturn in (Bitcoin) followed the risk-off selloff in (equities),” he continued in a further tweet.

This, he added, “reinforces our ‘unpopular’ opinion bitcoin does not do well in a ‘trendless macro’ environment.”

#Bitcoin consolidating not a bad thing.

– it’s overbought and needs to see weaker sentiment. Our #bitcoinmiseryindex has been saying this since July.

“New highs needed in S&P 500 before $BTC can blast off. Why? We think crypto is retail and thus, risk on.”

It seems the correlation is happening, as both BTC and the US stock markets have looked up, in a swift denial to an impending political turmoil. In the backdrop of this argument, since bitcoin is a globally traded asset, it is only fair to compare its rally to equity market gains in other geographies as well.

Stoxx 600, Europe’s benchmark stock index posted a 0.4 percent gain today with a monthly gain of 3.3 percent in September. This is the first time the market moved up in three months since June this year. Hong Kong’s Hang Seng also wasn’t left behind as the index lighted up today with a 0.5 percent gain.

According to an experienced global macro investor, and founder of D-TAP Capital, Dan Tapiero, a ‘rare bitcoin buy signal’ occurred at the $3600 price mark in January this year, following which the market rallied by a humongous 400% with BTC topping out at $14000.

Something similar (buy signal flash) is about to happen today, and it’s important to watch out for the “5 pm-close” on BTC price charts for absolute confirmation.

Bitcoin might put in a perfected TD 9 buy signal today. Last time I pointed out it disappeared on close. (Thanks to @TommyThornton for catching.) Very important to watch 5pm “close” to confirm. Rare buy signal last at 3600 Jan’19 came right before large multi-month 400% rally. pic.twitter.com/iBVKR3bkR9

Do you think bitcoin price is moving out of the rut or is the current rally nothing more than a ‘dead-cat bounce’? Please comment below.

TheBitcoinNews.com is here for you 24/7 to keep you informed on everything crypto. Like what we do? Tip us some BAT