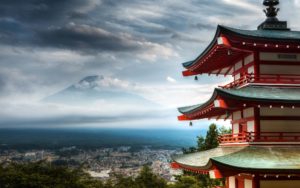 The owner of Japanese cryptocurrency exchange, Coincheck, has announced it will award Bitcoin to its shareholders in a new shake-up.

Monex Shareholders To Get 500 Yen In Bitcoin

In a statement on September 24, online broker Monex Group said it would give 500 yen in BTC to anyone who owns more than 100 shares and has a Coincheck account.

The move seeks to complement a previous incentive scheme under which shareholders received so-called Monex Points – a redeemable bonus system.

“The Company has hitherto offered Monex Points as a shareholder benefit to those shareholders who hold the Company’s shares under custody in brokerage accounts of Monex, Inc., the company’s subsidiary,” the statement explains.

Responding to increasing aspiration for building assets in cryptocurrencies, the Company has decided to grant 500-yen equivalent cryptocurrency BTC to those shareholders who hold Coincheck accounts, which are operated by the company’s subsidiary Coincheck, Inc.

The Bitcoin giveaway may only apply to the 2019 financial year. This means those shareholders with a Coincheck account must open one before the financial year is up – by March 31, 2020.

The move marks the latest step in the rejuvenation of the troubled Coincheck under Monex’s auspices.

The company purchased the exchange in March 2018 for a nominal $33 million. This was several months after a giant hack saw malicious actors make off with cryptocurrency worth more than half a billion dollars.

The event triggered a reorganization of the Japanese domestic exchange sector. Regulators began to take a keen interest in ensuring new actors had sufficient security measures in place.

In 2019, a formal licensing scheme and vetting procedure manage the entry of exchanges onto the market. Businesses continue to lap up the opportunity, with major corporations launching exchange offerings based in Japan.

Among the most recent was internet giant Rakuten, which launched Rakuten Wallet in August. That product is itself a revamp of a previous exchange, Everybody’s Bitcoin, which the company acquired last year.

Earlier this month, Japanese regulator the Financial Services Agency hinted it was committed to making the country the world’s main proponent of cryptocurrency.

“…The first country that embraces Bitcoin will have a significant advantage.”

What do you think about Monex awarding Bitcoin to shareholders? Let us know in the comments below!