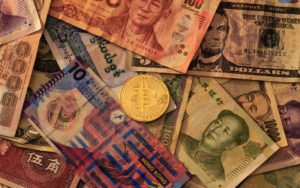 A satoshi isn’t worth much, but that’s by design. At one hundred-millionth of a bitcoin, it’s the smallest unit BTC is divisible into. If bitcoin price hits $1 million, then a microbitcoin (mBTC) will be worth a dollar, and a satoshi, the equivalent of one cent. However, one satoshi is already worth more than several national currencies. Which means that in some countries, owning just one-hundredth of a bitcoin would make you a millionaire.

Top (or should that be bottom) of the charts when it comes to ‘how many can you buy for a satoshi?’, is the Iranian Rial. After the United States unilaterally withdrew from the international Joint Comprehensive Plan of Action and reimposed sanctions, the Iranian economy has suffered greatly.

In an attempt to counter this, the Iranian authorities reversed an earlier ban on bitcoin and cryptocurrency, and more recently, approved cryptocurrency mining in the country.

Currency value has continued to tumble, however, and you can currently buy five rials for just one satoshi.

Next up is the Vietnamese Dong. Mildly amusing name aside, one satoshi could buy you 2.75 dong at current rates.

Perhaps this should serve as a warning against anti-cryptocurrency sentiment. Last summer, the Vietnamese Central Bank called for a ban on the imports of cryptocurrency mining rigs. This was swiftly followed by a blanket ban on all cryptocurrency-related activities.

This hardline stance seems to be easing, with a reportedly fully-authorized crypto-exchange announced earlier this year.

Whether this improves the outlook for the dong remains to be seen.

Indonesia is another country that imposed an all-out ban on cryptocurrencies, only to later soften its position. Unfortunately, more recent moves have seen excessive capital requirement and AML regulation, cause BTC traders to ditch cryptocurrency exchanges in favor of LocalBitcoins.

One satoshi is worth 1.7 of the local currency, the Indonesian Rupiah.

The West-African Republic of Guinea uses the Guinean Franc as its national currency. At this point in our list, we are coming to almost parity between the sovereign currencies and a satoshi, as one satoshi has the same value as 1.08 Guinean Francs. That’s really nothing to be proud of though.

The Guinean Franc is also divided into 100 centimes, although no coins or notes in these denominations have ever been issued.

Another West-African nation, Sierra Leone last year became the first country to use blockchain-verified voting in its presidential elections.

You can still get 1.08 of its national currency, the Leone, for a single satoshi though.

The official national currency of Laos, the Lao Kip is relatively valuable… compared to the Iranian Rial at the top of our list, that is. One satoshi is worth 1.02 kip at current rates.

Uzbekistan was one of three countries which expressed an interest to the International Monetary Fund (IMF) in issuing Bitcoin-backed sovereign bonds.

Well, it makes more sense than issuing bonds in the national Uzbekistani Som. You could buy 1.02 of those with just one satoshi.

A single satoshi is now worth more than national currencies.

Do you think Bitcoin will eventually suck the entire global fiat supply? Share your thoughts in the comments below!

The post One Satoshi Is Now Worth More Than 7 National Currencies appeared first on Bitcoinist.com.